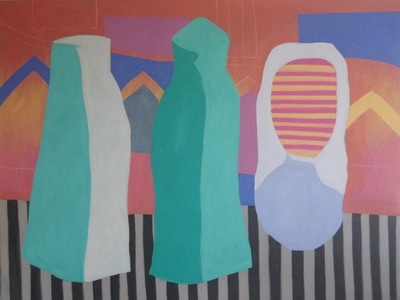 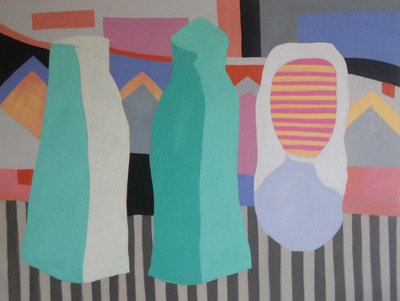 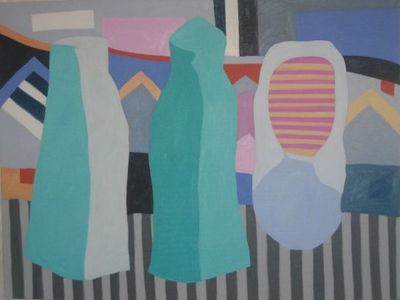 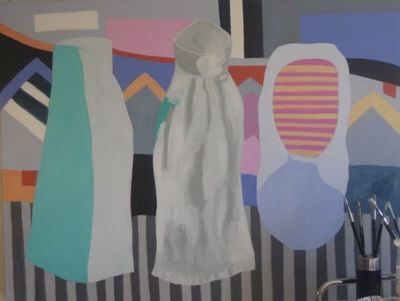 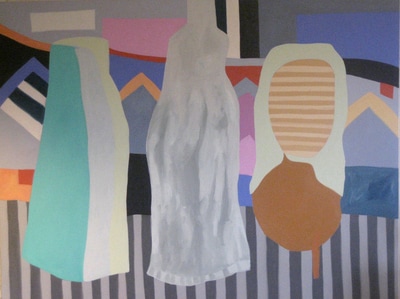 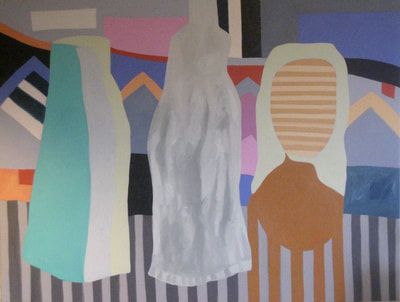 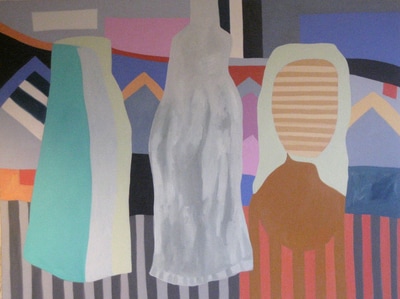 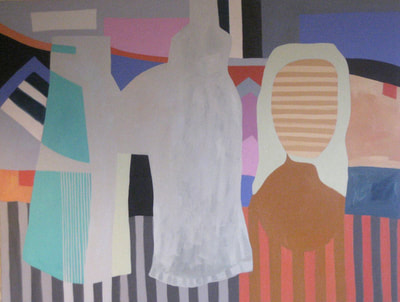 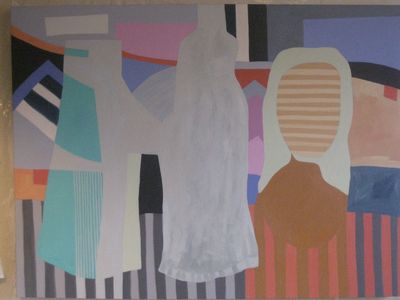 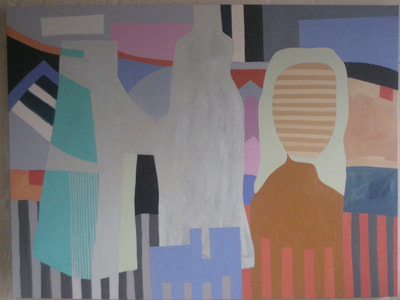 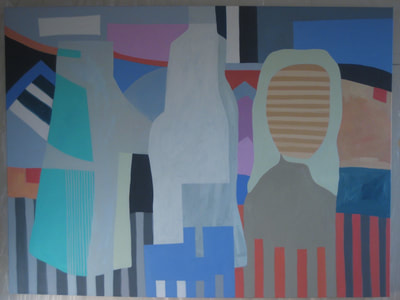 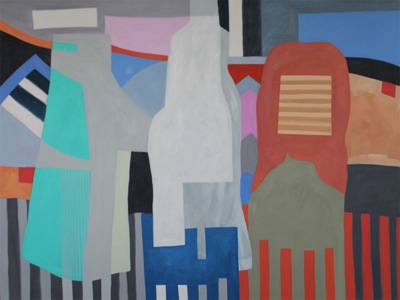 My earliest works as an artist after art school were mostly etchings.  I learned printmaking in the Fine Arts Program at York University and it became the medium I continued after graduation.  I worked at Open Studio in Toronto and found there a community of artists dedicated to printmaking who taught me a lot more than I had learned at school.  It was a friendly, lively place which put on group shows and introduced me to connections in Toronto's art world of galleries, collectors and museums.  For fifteen years I made prints - etchings and later, linocuts - and built my art practice.  During this time my work mainly concerned still life and domestic images in a post-impressionistic style.  I was making representational imagery at a time when abstraction was the dominant style of painting.  During this time I exhibited with Aggregation/Wynick Tuck Gallery and then Mira Godard Gallery in Toronto.

In 1990 I felt I had come to the end of what I could accomplish with etching and linocuts and felt the need to work with colour in larger formats during a more sustained period.  I painted still life subjects and other kinds of objects but in a less representational context with more use of pattern and flattened backgrounds.  A combination of representation and abstract patterning began to take shape - sort of a hybrid of these visual styles.  Eventually, after about ten years, I eliminated the representational elements so as to work only with abstract geometric compositions that often involved grids.  Landscape, architecture and occasionally still life were the sources that led to the non-representational images.  I had my first solo painting show in 1999 at Tableau Vivant Gallery.  In 2000 I joined Loop artists collective and had three solo shows until 2003.  In 2004 I became represented by XEXE Gallery/KWT contemporary where I had four exhibitions until they closed in 2012.

Later my paintings started with views seen either from my second floor studio window or with interior spaces but they veered greatly from their original source or intention.  It was within this space, between observation and interpretation/change that my process began at that time.  My fascination with the behaviour of paint allowed the physicality and application of it to lead my direction.  The paint itself became the primary driver of my ideas.   Often in these paintings the backgrounds and foregrounds interchanged and negative space would become positive.   By allowing many transformations and stages to the paintings I was encouraged by how I could paint something strange, weird or even horrible and have it end up looking quite interesting.  I now feel a painting is finished when I have become fond of the strangeness and don't want to paint on it anymore.

For over two decades I have increasingly employed my curiosity about what happens with paint while painting to enhance and complicate what I see around me.  I no longer start from an idea or a visual source but with the action of putting paint onto a painting surface and continuing from there, adding and changing with more paint until the work becomes interesting.